What is Digital India Program and How it Changes the Nation

Digital India has been a new buzz word since 2015. If you do not know for sure what it is, this guide will explain it to you in layman’s language. Just stay with me.

Digital India program was launched on 1st July, 2015 by the Government of India when Mr. Narender Modi was the prime minister of the nation and Bharatiya Janata Party was the key ruling party.

Although the initiative is primarily undertaken by the Ministry of Electronics and Information Technology (MeitY) yet most other ministries also coordinate with MeitY to make this movement a success.

1. Digital Infrastructure as Utility to All Citizens

The first vision is to lay down a robust digital infrastructure and make it available to the public. This infrastructure includes laying down optical fiber cables for high speed internet, creating a unique digital identity such as Aadhar Card for online authentication, enabling citizens with digital devices such as mobile phones or PCs so that they can participate in the movement, and opening their bank accounts to encourage a cashless economy.

2. Governance and Services on Demand

The Digital India program is also intended at digitizing all or most government services and records so that it can provide governance on demand. Most services will be performed in real time leveraging the cloud technology, transactions above a certain threshold will be done electronically only, and you can check the status of your applications online. This will curb down unnecessary delays, corruption, and even black money to some extent.

On top of this all, the most crucial part is to increasing the digital literacy among the population of India and equip them will digital devices. For this, 200 crore rupees are sanctioned to provide IT training to people from small towns. On top of this, most government services will take place in Indian languages only.

What I just mentioned above is Digital India Program at a glance. In actual, it has 9 essential pillars that will make this program a success. Let’s see what are they:

The term covers the three divisions of India- all rural, all urban, and National Information Infrastructure (NII).

For Urban, the internet connectivity is already well in place and just need some bolstering up. For this, Virtual Private Networks will be used and communication buildings are made mandatory.

The third part of the equation is National Information Infrastructure (NII) that will act as the backbone of this entire internet connectivity. It will integrate other information networks such as SWAN, NKN, NOFN and other national and state data centers. Thus, it will be providing uninterrupted streaming to different government departments all the way down to the Gram Panchayats as well. The nodal department here is Meity and the estimated project cost is 15,686 Crore INR.

This segment deals with increasing the network penetration and coverage of connectivity gap. The aim is to cover the remaining 42,300 villages and achieve a universal mobile connectivity. The project cost is about 16,000 Crore INR. The end goal is that every citizen should own a mobile phone.

At most Gram Panchayats, Common Service Centers or CSCs are the access points to deliver many electronic services to the villagers. Government wants to increase the number of CSCs to almost double ( at present approx. 1,35,000). This will reduce the turnaround time for different services. The idea is to make them a multi-function end point for the delivery of electronic services. Post offices are also included in this campaign.

The program seeks to improve the government services by utilizing UIDAI, digital signatures, payment gateways, and mobile platforms.The aim is to create a digital locker for all citizens where their documents such as school certificates, voter id card, driving license will be kept. Some other key components of eGovernance are form simplification, online status enquiry, and seamless integration.

This is an advanced subset of eGovernance. While eGovernance takes care of general government services such as issuance of documents etc., eKranti deals with sensitive departments such as health, education, agriculture, security, and justice.

The essential information and related documents will be hosted online and will be available to all. The government vow to be more active on social media and deliver messages on important days and incidents to the general public. As it will largely use the existing infrastructure, it won’t warrant much for additional resources.

This is an ambitious but a bold goal set by the government. By 2020, the Modi government wants that necessary digital devices should be manufactured within the country only and no import is performed at all. To encourage this goal several ongoing schemes such as tax incentives, eliminating cost differences, promoting incubators that help you start a startup in India, skill development etc. are fine tuned by the government.

8. IT Trainings for Jobs

This pillar is all about turning the youth into skilled IT professionals. More than 1 crore youngsters will be trained under this campaign. The focus is to educate disadvantageous population such as people from villages and North-East. A budget of 200 Crore INR is sanctioned for the cause.

This pillar focuses on digitization of the entire education system. Under this, all universities and public spaces will be equipped with Wi-Fi, schools will use ebooks, and email will be the primary mode of communication.

That was a high-level overview of the entire digital India program. If you are a nerd like me and want to explore more about it, I encourage you to check out the official source- https://digitalindia.gov.in/.

In my opinion, digital is the future. The government initiatives and marketing strategies of companies like Jio that provides cheap internet data is pushing the economy to go cashless and go digital. This is the reason that there is a rising scope of digital marketing in India. What do you think? Let me know in the comments below. Thanks. 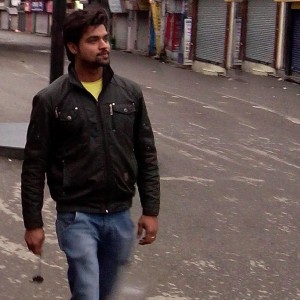 Hi! I'm Ajay Verma. Affiliate marketing is my one thing and I know a thing or two about it. I love to share my knowledge with new marketers and shorten their learning curve. Stay in touch! Thanks.

PrevPreviousThe Surprising Scope of Digital Marketing in India
NextWant to Launch a Startup in India? Here’s the Checklist…Next